On the first Saturday in June, Oslo welcomes summer with hundreds of musicians on almost 40 outdoor stages, pulsating  the atmosphere all over town. All sorts of genres are represented: rock, country, pop, electronica, jazz, hip hop, world music, choirs (even Norwegian folk music, they say — but we haven’t heard any of that). The Norwegians declare it National Music Day; the local version is Musikkfest Oslo. Bands play in streets, parks, stages and squares, from noon to midnight, all over town. 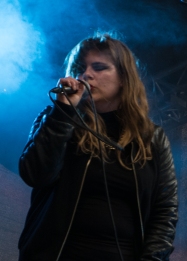 It’s all for free – we don’t know who pays the musicians, but we assume it’s a government function of some sort. If this is Socialism, I say: 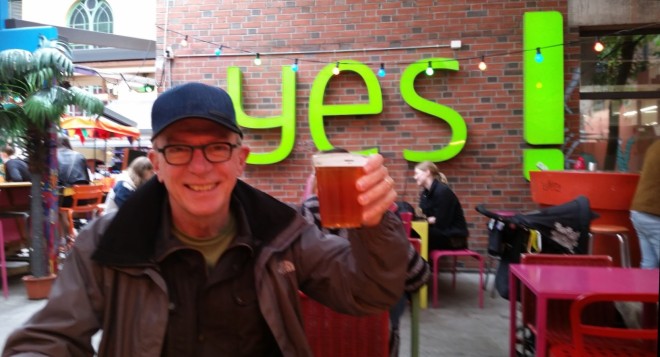 There’s an open air bar in the block behind us, so we don’t have to leave the apartment to hear music. Unfortunately this venue leans more towards Euro/techno pop that’s not our favorite. After today, we may develop a taste for it. (We have definitely developed a taste for the pizza and beer they have there. Spicy sausage and an IPA – yum!) And hey, if you don’t like the music, you can always start your own band. 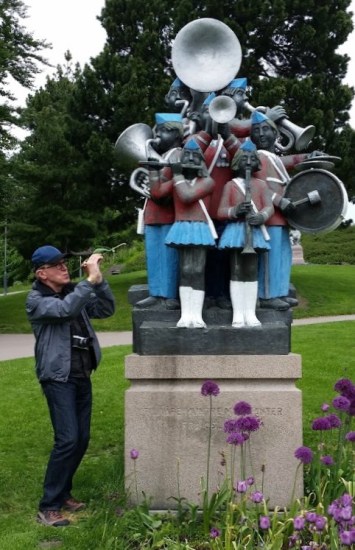 Yes, Austinites, this is June 3rd, and we’re wearing jackets. Some of the locals are in short sleeved shirts, a few are in shorts — but hey, it’s less than 100º, so we’re bundling up. On the other hand, it takes a lot to discourage us from getting an ice cream cone. 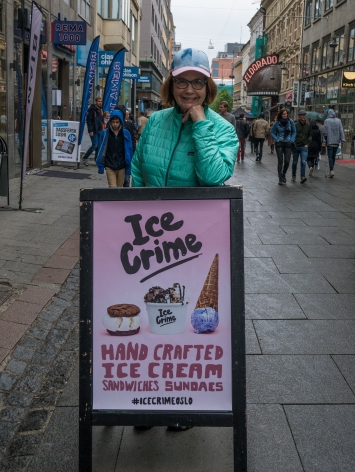