Maggie and I are off on our next big trip: we had so much fun in Sweden last August, we decided to beat the Texas heat and spend this summer in Scandinavia. We’re actually not going back to  Sweden on this trip, but not for any reason other than it’s a big world and we’ve seen so little of it, we don’t want to repeat ourselves. This year’s itinerary is a tour around the Baltic Sea: Norway, Finland, Estonia, Latvia, Lithuania, finishing up in Denmark, then back to Austin.

We didn’t plan this trip as thoroughly as we usually do. By the time we wound up putting on two weeks here, an extra few days there, we had a total of 99 days that we’d be gone – completely forgetting about the 90 day limit for foreigners to stay in the Schengen region. Surely that wouldn’t apply to us! Who would not want a few more days of Clay and Maggie! But no! A little checking revealed that it depends on what country you’re leaving from – the farther south you go, the less they care. A stern warning from the Dutch customs agent on our arrival, confirmed by a quick  email to the Danish embassy in New York, was enough to chastise us. Feeling like stupid Americans, we are having to change our return date to the 28th of August, our 90th day.

One way that we did repeat ourselves was to have our luggage lost in Amsterdam. For the third time in a row of changing planes in Amsterdam, our luggage remained at the airport while we flew on to our destination. In this modern age, everything is recorded and tracked on computers, so the woman at the lost luggage counter in Oslo could tell us exactly where our bags were; she just couldn’t tell us exactly when we would get them — that requires human intervention. At this point we’re still waiting for the baggage delivery human to intervene. We’ve been wearing these clothes since Tuesday and now it’s Thursday afternoon, so we are anxiously anticipating his arrival.

Well, it’s a beautiful day – warm and not a cloud in the sky, so we’re going to head out a little and explore our neighborhood, while keeping a close ear to the phone for the luggage delivery guy. More stories and pictures to come! 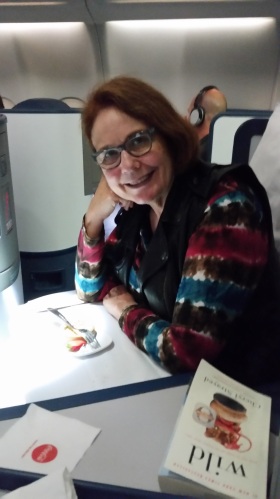 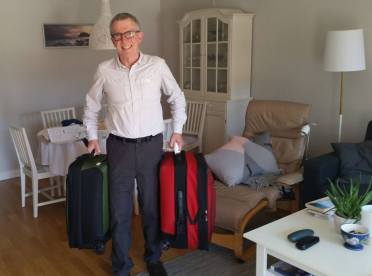 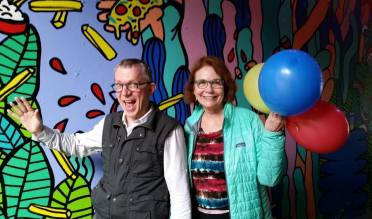 As you can see, the luggage delivery guy eventually did show up.